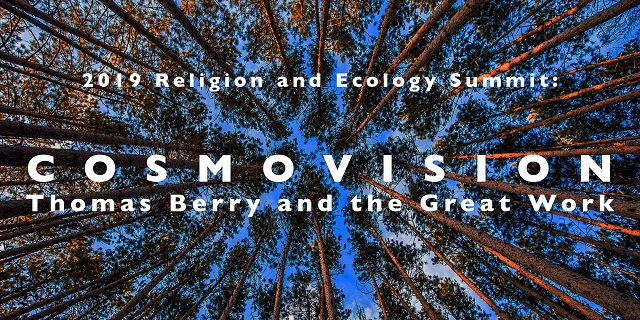 The 21st century is increasingly identified as the Anthropocene, or the Age of Humans, with narratives that presuppose greater technological intensification and a narrowing of options. What these locutions obscure is humanity's connectivity with-and utter dependence on-the entire fabric of non-human life. The cosmological vision of Thomas Berry (1914-2009), cultural historian and "geologian," calls us to claim our inherent belonging to Earth, and with that, a sense of kinship and responsibility for the pressing ecological and social conditions of our time.


Berry's term "Ecozoic" highlights the necessary interdependence of humanity and non-human life on Earth, offering a positive vision of the future. It is increasingly clear that without an integrative story of the unfolding Universe, such as Berry proposed, humans will be bereft of our true cosmological lineage. With such a story, humans can become vibrant and healing participants in the Earth community. Berry termed this work-reweaving humanity into the larger family of Earthly life and cosmic history-the "Great Work."


The fourth annual Religion & Ecology Summit will build upon Berry's Great Work, commemorating the tenth anniversary of his death by convening scholars and activists involved in analyzing, exploring, and advancing integrated cosmological visions as exemplified in Berry's writing. The Summit also celebrates the forthcoming book Thomas Berry: A Biography (Columbia Press, 2019) by Mary Evelyn Tucker, John Grim, and Andrew Angyal. Mary Evelyn Tucker and John Grim were long-time collaborators of Berry's and were inspired by him in founding the field of Religion and Ecology as means of advancing a positive view of integrated human/Earth relations.


Presenters at the Religion & Ecology Summit include Mary Evelyn Tucker, Brian Thomas Swimme, Matthew Fox, Drew Dellinger, and many other leaders in the field. Please see below for additional information about the day-long symposium at CIIS.


The 2019 Religion and Ecology Summit is sponsored in part by Kalliopeia Foundation and other generous donors.

Browse the contents of 2019:
Cosmovision: Thomas Berry and the Great Work: