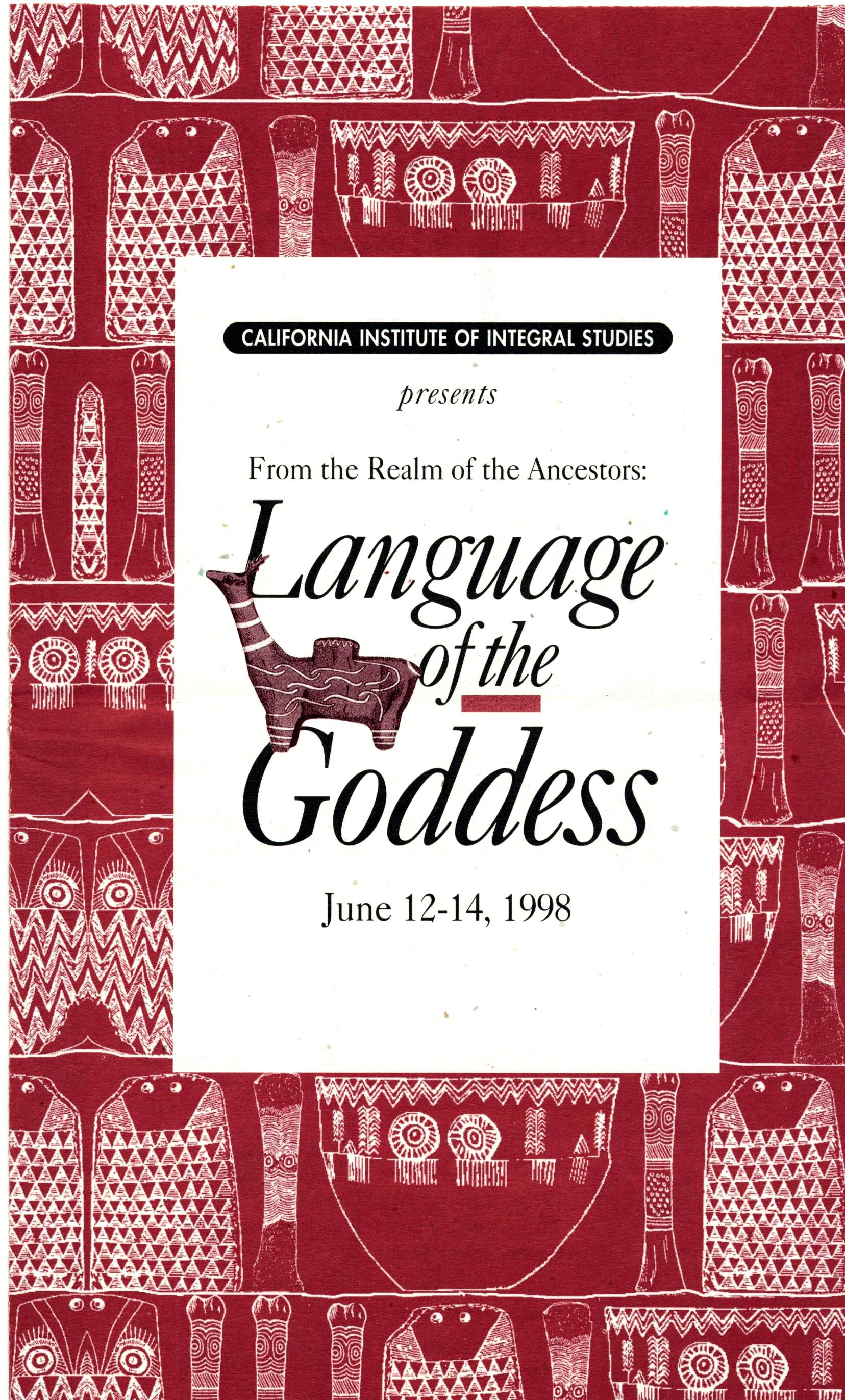 Rituals of the Dark Goddess

This panel discssion was part of the From the Realm of the Ancestors: Language of the Goddess conference sponsored by the Women’s Spirituality Program at CIIS (June 12-14, 1998 at Cowell Theatre, Fort Mason in San Francisco) in honor of the pioneering archeologist Marija Gimbutas. The conference focused on the necessity of refocusing our collective memory, and to the cultivation of vision, creativity, insight, and the celebration of life. The conference was moderated by Joan Marler and featured presentations by scholars and artists who acknowledge the significance of Dr. Gimbutas’ research and theories. Gimbutas’ discovery of Goddess-centered, matristic societies that preceded the development of patriarchy in Europe has initiated a new perception of European prehistory that challenges traditional assumptions about the origins of western civilization.

Elinor W. Gadon, PhD, is a cultural historian whose research interests and publications are focused on the analysis of myth and image in their cultural context as they affect issues of gender. Her academic training, teaching and publication are both interdisciplinary – in art history, history of religions and cultural anthropology – as well as multi-cultural. Her specialty is the art and culture of the Indian subcontinent. Her major publication, The Once and Future Goddess: A Symbol for Our Time, is a visual chronicle of the history of the sacred female and her re-emergence in the cultural mythology of our time. She has recently completed From Blood to Fire: The Changing Culture of the Village Goddesses of Orissa in collaboration with sociologist Rita Ray and has submitted it for publication. She is presently working on an unfinished manuscript, The Myth of the American Male and Violence. She has taught at the Harvard Divinity School, Tufts University, University of California, Santa Barbara and Mills College where she was an Associate Scholar in the Women’s Leadership Program. She developed and directed an M.A. and Ph.D. in Women’s Spirituality at the California Institute of Integral Studies in San Francisco.

Dianne E. Jenett, Ph.D., is Co-Director of the Women's Spirituality M.A. program at Sofia University ( formerly the Institute of Transpersonal Psychology), as well as Adjunct and Research Faculty at California Institute of Integral Studies and Sonoma State University. She is the founder of Serpentina, a collaboration in support of 'woman-centered research for everybody.' She is also one of four co-authors of the groundbreaking qualitative research methodology, Organic Inquiry, first published in Organic Inquiry: If Research Were Sacred. She holds a Ph.D. in Integral Studies with a concentration in Women's Spirituality and an M.A. in Transpersonal Psychology. Her passionate love for Kerala, India takes her there almost every year where she researches and participates in community rituals to Bhadrakali. Her research interests are women's rituals and community rituals to the Goddess in South India, women's psycho-spiritual development, and qualitative research methods. Her research has been published in the U.S., Europe and India.

Judy Grahn, winner of the 2009 Lambda Award in Lesbian Poetry for love belongs to those who do the feeling, is a lifetime artist, teacher, and activist, whose work has been foundational to more than one social movement in the United States and internationally, including LGBTQ and women’s spirituality. Her work as a poet and social theorist has been widely published, distributed, anthologized, and translated. She has presented her work in India, England, and Chile. Both of her book-length poems have been staged; many other poems have been choreographed and put to music in all genres from folk-rock to new music, classical, and rap. Judy performs and collaborates with musicians, dancers, and visual artists. Her latest chapbook is Mental, a nine-part poem studying the subject of crazy. Much of Judy’s work centers on the reclamation of stories, values, and methods of sacred feminine traditions and archetypal characters. She teaches all genres of writing, aesthetics, cultural theory, and literature. Also, Judy edits and publishes Metaformia: A Journal of Menstruation and Culture.